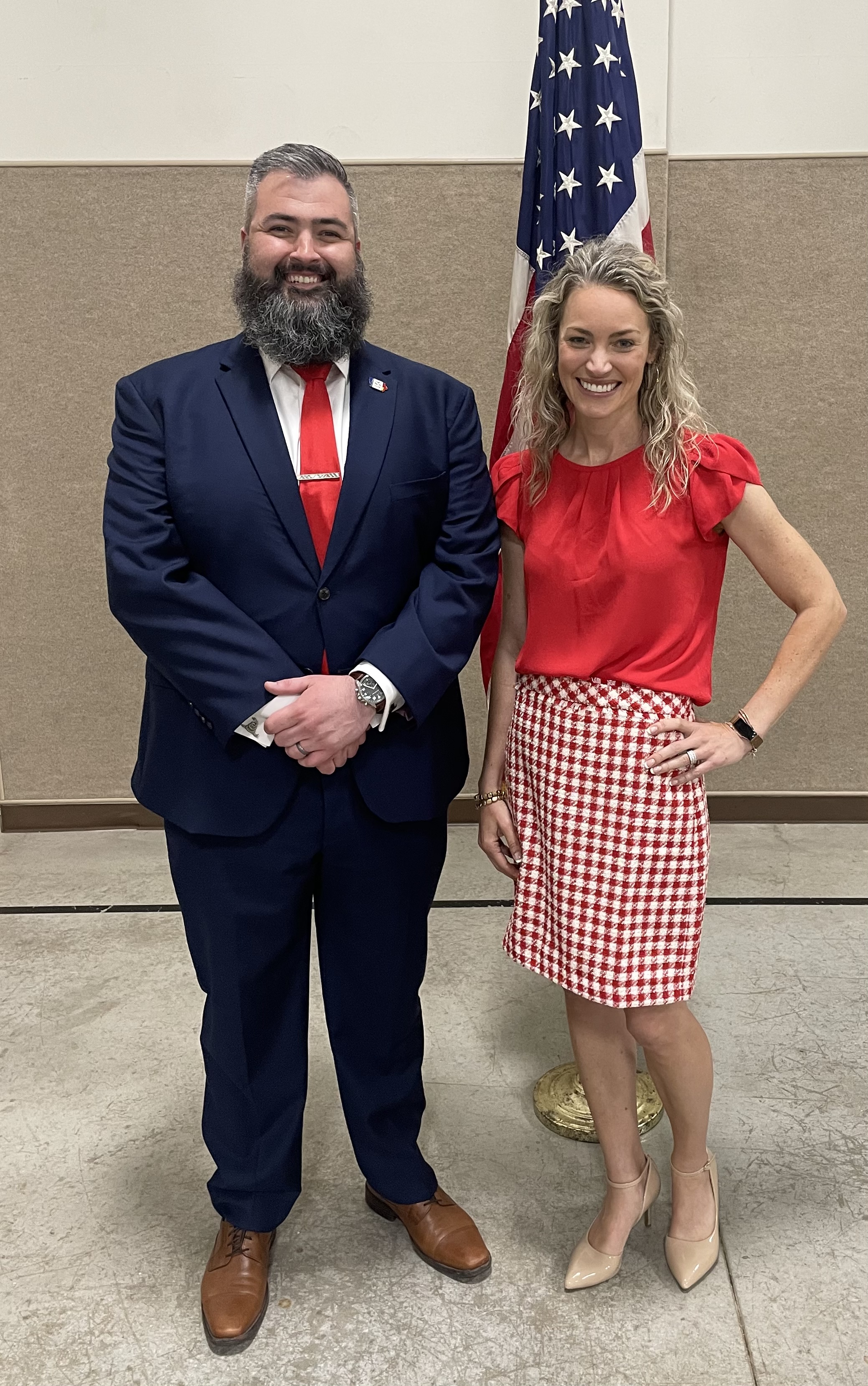 Upon being nominated by the Special Nomination Convention, Niko Pilcher was unanimously approved by the Story County Republicans to be the Republican Candidate for Story County Attorney. Niko, a lawyer and Army veteran, resides in Huxley along with his wife, Jenna, who is also a lawyer with Parmeter, Pilcher, & Pilcher, P.C. law firm in Huxley. Currently, Niko serves a member of the Huxley City Council.

Barker also shared, “Niko Pilcher is truly committed to public service. As a lawyer, Army Veteran and current City Council member for Huxley, I can’t think of anyone more qualified to serve as your Story County Attorney. Niko will bring a fair, objective approach to the Story County Attorney’s office and will provide the Government of Story County with the legal counsel needed to make informed, effective decisions while also serving as the County’s chief prosecutor.”

About Niko Pilcher: Nikolas “Niko” Pilcher has been a resident of Huxley, Iowa since 2019 after moving from Southern Illinois. He and his wife have a general practice law firm in Huxley. Niko served in the United States Army for a total of 8 years, he graduated from Bradley University in Peoria, Illinois with a Bachelor of Science, cum laude, and went on to receive his Juris Doctor from Southern Illinois University School of Law. Niko is currently serving on the Huxley City Council and is a volunteer firefighter and active member of the American Legion Post 260 in Slater, Iowa. He worked as a licensed student prosecutor in Jackson County, Illinois while in Law school, and worked as an intern at the United States Attorneys’ office for the Southern District of Iowa.

Paid for by the Republican Party of Story County