The Republican Party of Story County is excited to welcome US Representative Kat Cammack, a rising-star first-term member of Congress, as be the featured speaker at the Wendy Jensen Chili Supper. The dinner will take place at Indian Creek Country Club in Nevada, IA on Thursday, October 6, 2022, with doors opening at 5:00 PM. 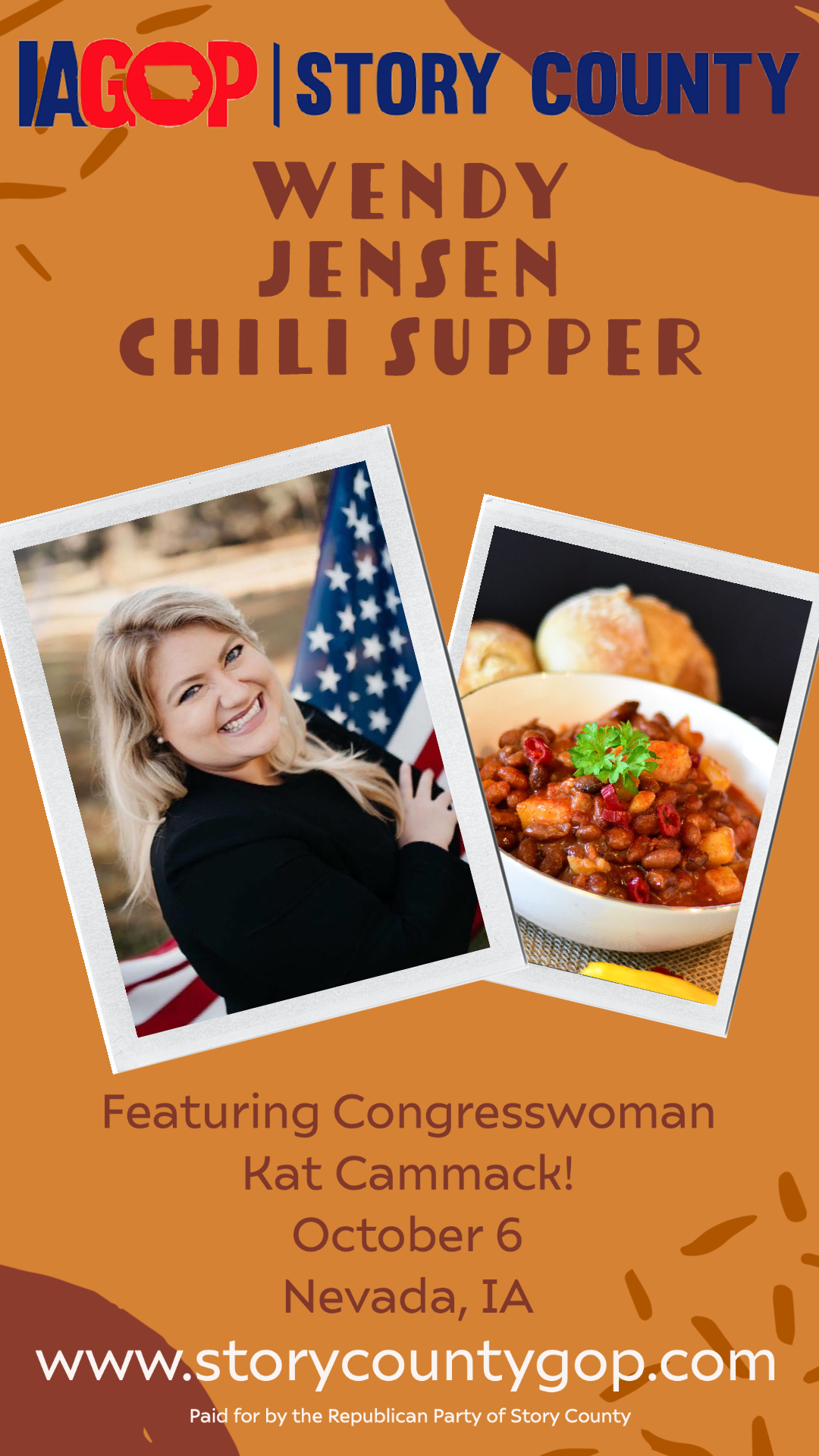 Congresswoman Kat Cammack is currently in her first term and is the youngest Republican woman in the 117th Congress. She is a third-generation sandblaster who grew up on a cattle ranch. Kat had never planned to run for office, but after an Obama-era program led to her family losing their ranch and being evicted from their home, she was motivated to fight back against the failures of big government. After being homeless for months, Kat joined former Representative Ted Yoho’s team and led his campaign to an upset victory in 2012. She became the former congressman’s deputy chief of staff and earned her master’s degree from the United States Naval War College. Kat ran for Congress in Florida’s 3rd Congressional District in 2020 and won the seat on a platform of growing jobs, securing our southern border, standing up for law enforcement, defending our Second Amendment, promoting fiscal responsibility, and defending life. Kat’s committees include the Homeland Security Committee and the Agriculture Committee. Kat is a proud wife to her husband Matt, a Gainesville native, who serves with the Gainesville Fire Department as a firefighter/paramedic and SWAT medic.

“We are very excited to welcome rising GOP star Congresswoman Kat Cammack to Story County” said Brett Barker, Story County GOP Chairman. “She is a fighter for working families and her story is one of perseverance and grit. We’re tremendously excited she is going to headline the Wendy Jensen Chili Supper.” The supper is an annual tradition to celebrate the memory of Wendy Jensen, who selflessly dedicated countless hours volunteering for Republican campaigns.

*Join our century club for VIP seating by donating $100 or more today!*

*Remaining tickets will be $40 at the door*